Samsung unveiled a Bluetooth wireless headset a few days ago called the Gear Circle that can attach together to form a necklace of sorts. Which the press promptly made fun of.

Fast Company: Would you wear this dorky headphone necklace by Samsung?

I actually think it’s a neat idea, and will explain why in a bit. The subject of today’s post is not the Gear Circle per se but two of its predecessors: the Jaybird Bluebuds X and Valore VL-BTi25.

I was set on something wireless and was tempted to get a pair of Bluetooth cans. However, they aren’t portable and awful outdoors on a hot day.

So I decided on in-ear instead and opted for the Jaybird Bluebuds X. They connect wirelessly to your device – set-up was simple and it works with smartphones, tablets and PCs via Bluetooth. You can do all the usual stuff like phone calls, music navigation and volume control.

END_OF_DOCUMENT_TOKEN_TO_BE_REPLACED 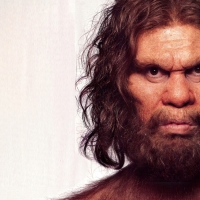