Instagram’s appeal is more immediate and more universal. It’s easier to create and find good content on Instagram, better for conversations and great to use with friends.

Getting “into” Twitter is difficult. I love my friends, but I don’t care about what they do on a real-time basis. I also love Duke basketball, but few Duke basketball players are actually interesting enough to listen to on Twitter. Finding great content on Twitter is hard.

END_OF_DOCUMENT_TOKEN_TO_BE_REPLACED

Twitter was a compelling solution to a problem few understood. I’m not a big Twitter user by any means, but I’ve kept close tabs on it ever since its debut on SXSW, and my own understanding of Twitter has evolved a lot over the years.

Like most, I didn’t get Twitter the first time. It felt like a feature Facebook already had in status updates. Moreover, did I really want to know that people were doing on a real-time basis? Having lunch or going to the gym or feeling sad?

END_OF_DOCUMENT_TOKEN_TO_BE_REPLACED

I had the original Moto G as a secondary travel phone and loved it. So I was delighted when Motorola sent me a review unit for the 2014 version, which I’ve been using for the last week.

It’s fantastic. It’s the best example of how technology has advanced so much that, even for heavy users, it’s easy to see a future where it’ll no longer be necessary to buy flagship phones to get a great experience.

The Moto G is close but doesn’t quite get there. I can strongly recommend it to light users and to heavy users as a second phone; but for everyone else, it may not always make the best choice.

That said, pound-for-pound, there may be no better phone than the Moto G. It’s the best phone you can buy for $180.

END_OF_DOCUMENT_TOKEN_TO_BE_REPLACED

As Stratechery pointed out, it’s conventional wisdom that Xiaomi is an Internet services company. That selling smartphones at break-even prices is merely a gateway for selling profitable services. Except this might all just be a marketing ploy, because Xiaomi does make money from hardware, and quite a lot of it.

We’re actually an Internet company. We’ve already got a business in mobile phone hardware and we want to add to that an Internet platform. We can earn money from that, once it’s established. People just don’t get it. The mobile phone itself is only the carrier. Microsoft used to sell Windows in a box with a CD in it. Does that make Microsoft a paper box company? The box and the CD are only the carrier. If people don’t understand this, they can’t understand [Xiaomi].

Wouldn’t Microsoft be a paper box company if paper boxes actually generated 92% of its profit? If people cared more about the paper box than whatever’s inside?

An Internet company might be what Lei Jun wants Xiaomi to be one day, but right now it’s squarely a smartphone company.

END_OF_DOCUMENT_TOKEN_TO_BE_REPLACED

My OnePlus One review and the nine customizations I recommend for it are among the most popular posts on this blog. It’s easy to see why. Even with the all the new phones coming out for the holidays, the OnePlus One remains one of the best phones you can buy. If you can stomach not being able to take a phone into a store nearby for customer service, the One’s combination of power, price, aesthetics and software is nigh unbeatable.

So of course I noticed that OnePlus is moving from an invite to a pre-order system, similar to how you’d pre-order an iPhone or Xiaomi. People must log on the moment the system opens up and it’s a mad scramble to be among those who click nanoseconds faster than others.

To no one’s surprise, the OnePlus One pre-order page went bust when it opened to spike in traffic earlier this week. To think that it’s enough to merely double server capacity is naive!

Anyway, I hate the whole system. It’s not consumer friendly and it’s not company friendly either. Here’s how I would have done it.

END_OF_DOCUMENT_TOKEN_TO_BE_REPLACED

Vanity Fair has a fascinating piece on the rise, fall and reboot of Microsoft. The story is really about leadership; from the days of Bill Gates and Steve Ballmer; to Ballmer succeeding as CEO; and finally to Satya Nadella. It’s a great piece and definitely worth reading.

I’m a big admirer of Ballmer, but must call him out on something he said in the article:

“The worst work I did was from 2001 to 2004,” says Ballmer. “And the company paid a price for bad work. I put the A-team resources on Longhorn, not on phones or browsers. All our resources were tied up on the wrong thing.” Who shoulders the blame is a matter of debate, but the fact is neither Ballmer nor Gates stopped the failure from happening, even as almost everyone else saw it coming.

END_OF_DOCUMENT_TOKEN_TO_BE_REPLACED

I don’t even know why Apple bothered with the iPhone 6, because it will go the way of the iPhone 5c: a niche product; a consolation prize; the budget choice for Apple loyalists; something you get begrudgingly and regret later.

One estimate is that the iPhone 5S sold 3x better than the 5c. I expect a similar breakdown between the iPhone 6 and the 6 Plus. OK, so the iPhone 6 is not dead on arrival, but it will be the ugly step-sister to Cinderella.

Except for personal preference over size and price, the iPhone 6 Plus is categorically the superior phone.

END_OF_DOCUMENT_TOKEN_TO_BE_REPLACED

I’ve written about the difficulty of doing a mobile apps start-up before, and this report from comScore only reinforces that argument.

According to comScore, in any given month, the majority of US smartphone users don’t download apps…at all.

The conundrum is that while apps are ever more important, users aren’t downloading more of them. It’s a situation where the top 1% of apps rule the roost while everyone else flounders, struggling to get discovered.

END_OF_DOCUMENT_TOKEN_TO_BE_REPLACED

Have you read our review of the OnePlus One yesterday? If you haven’t, please do!

I wasn’t blown away by the software, a modified version of CyanogenMod built specifically for the OnePlus One, when I first experienced it. After some tinkering however, I got the phone just the way I like it and now I’m in love. So today’s follow-up post is about those customization decisions. Yes, this is another excuse to geek out, but what’s a blog for if not to do that?

This is not a complete list by any means — the amount of customization possibilities are endless — but these are the 9 changes I recommend to get a great experience with the OnePlus One. I’d go so far as to say that without these 9 changes, the OnePlus One simply isn’t very good.

END_OF_DOCUMENT_TOKEN_TO_BE_REPLACED 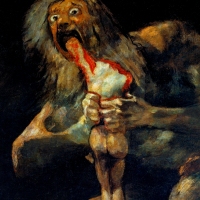 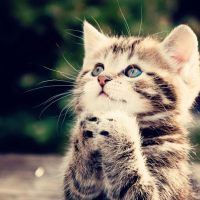 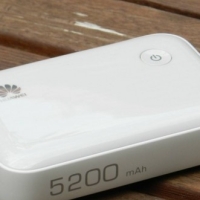