Bloomberg Businessweek has a fascinating article on Tinder’s origins story, which alleges much of what we know to be mythologized.  It’s a fantastic story and worth reading.

Tinder is not a start-up, for starters.  Giant corporation IAC is the majority owner.  IAC also owns Match.com and originally planned for Tinder to be a marketing tool to get more users to the paid service.

The two most often portrayed as Tinder’s co-founders, CEO Sean Rad and his buddy Justin Mateen, aren’t really so.  Mateen joined only after Tinder was launched on the app store, and there were three others who played crucial founding roles but don’t get much if any recognition.

One of them is Whitney Wolfe, a former marketing executive, who is suing Tinder and parent IAC for sexual harassment and discrimination.  More interesting though is that Tinder’s marketing breakthrough was her initiative.

END_OF_DOCUMENT_TOKEN_TO_BE_REPLACED 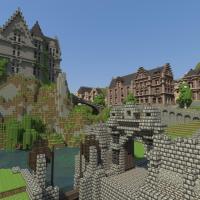