When Steve Jobs coined the “post-PC” term, it was to indicate that general purpose PCs would decline as certain functions become replaced by devices that do those things better. Jobs was thinking about mobile phones and tablets, but the HP Sprout is another fantastic example of the post-PC world.

A quick primer for those unaware — the HP Sprout is a desktop that eschews the traditional keyboard and mouse for a camera and mat. The camera projects to the mat to form an interactive display. The camera can also be used to scan 2D and 3D objects into digital copies, which you can manipulate and insert into images and documents. While elements of the Sprout have existed before, HP brought everything together into something new and innovative.

HP deserves kudos for the Sprout. I’m writing in large part because these types of risks should be rewarded; and also because I can actually see a market for the Sprout.

END_OF_DOCUMENT_TOKEN_TO_BE_REPLACED

Didn’t know what to write today, and then @nilanp came to save the day:

@jyuwono thoughtful post Does beg the question. Why does apple have the monopoly on building beautiful computers ? http://t.co/dI57VKLsfh

@jyuwono ja But design and consumer tech isn't a winner takes all market Where are the new apples starting in garages ?

My answer to that is great design is everywhere. Lots of tech companies have great design. The problem is not everyone cares.

END_OF_DOCUMENT_TOKEN_TO_BE_REPLACED

There was an interesting interview recently on Re/code with Best Buy CEO, Hubert Joly.  Joly says all the right things about Best Buy and also had some insights on the PC and tablet market.  Highlights on the latter:

My hypothesis based on the above is this — the tablet market is about light computing needs and those needs have been mostly addressed.  What do people use tablets for?  Browsing the Internet, reading books, watching movies, playing casual games and perhaps a bit of emailing.  An iPad 2 is sufficiently adequate for those requirements; there’s no pressing need to get an iPad Air.  We often talk about Chromebooks being good enough; so are the earliest iPads and most Android tablets.  Perhaps the only reason to upgrade is to play the latest 3D games but that is more niche than mass market.

Add it all up, and people with tablets are in no hurry to get another.  We saw explosive growth because tablets initially fulfilled an unmet need; but now that need is mostly met, growth is levelling off.

END_OF_DOCUMENT_TOKEN_TO_BE_REPLACED 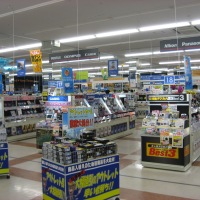