I used to be an active Kickstarter, having backed Pebble, the Buccaneer, a couple games and a bunch of other things. However, I didn’t back a single project in 2014 after realizing most will get horribly delayed and/or fall way short of what was promised. It makes more sense to simply wait for products to be ready and buy then.

The Dash by Bragi was one project I nearly gave into last year. I’ve mentioned them before on this blog. They’re essentially wireless Bluetooth earbuds with touch controls, microphone and fitness tracking. They look pretty sweet, and unsurprisingly Bragi received plenty of funding.

Engadget was able to get a hands-on with The Dash at CES and apparently they are for real: they look as advertised, touch controls work and they don’t fall out of your ears. The author says they will start shipping next month to the earliest backers.

I don’t know how good they are going to be, but let’s plan for the worse and hope for the best. Let’s assume The Dash is going to be a classic example of trying to do too many things and nothing well. If that’s the case, I know exactly what I would have cut: everything but the music and microphone. 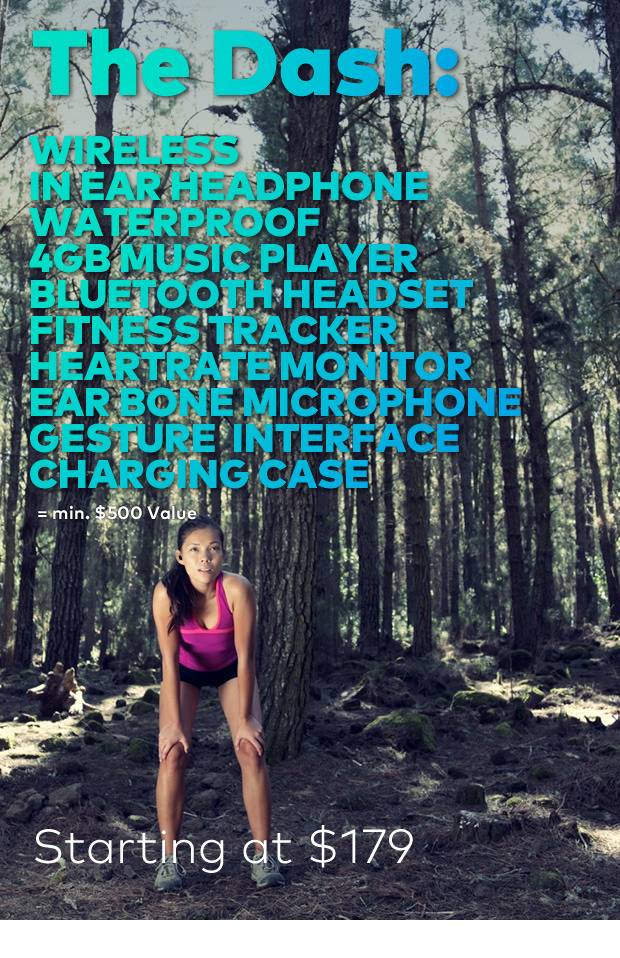 Bragi is positioning The Dash as a jogger’s device, but this feels too narrow. I’m become a huge fan of Bluetooth headphones (the convenience far outweigh the poorer audio quality) and The Dash goes one step further by eliminating the wire that connects the two earbuds together. I’d prefer if Bragi double downed on music and increased the battery life from the current 3.5 hours to multiples more.

Does it need to track steps and my heart rate given most in their target market already have a fitness wearable?

Does The Dash really need 4 GB of storage?

Does it need to be waterproof?

Instead of retailing for $300, could a simpler product retail at $100 instead?

Maybe Bragi can pull it all off and give us an amazing converged device. I’m hoping for it, and if they pull it off, will be one of the first in line to buy it. Outside of Kickstarter.

I hate clones, but this Surface Pro rip-off is interesting