One of my biggest learning from writing this blog is the power Google wields. Building a following that is loyal and reads whatever you write is incredibly hard; much easier to appeal to the Google gods to send traffic your way.

I understand this, and I’m writing a rinky-dink blog.

The newspaper publishing industry in Spain doesn’t, so they lobbied the government to enact a law so newspapers can charge Google every time snippets appear on Google News. This wouldn’t just apply to Google News but to all other news aggregators too like feecha.

Google responded the way I would’ve and called their bluff — by pulling Google News out of Spain and excluding Spain-based newspapers from Google News.

 “Given the dominant position of Google (which in Spain controls almost all of the searches in the market and is an authentic gateway to the Internet), [The Spanish Newspaper Publishers’ Association] requires the intervention of Spanish and community authorities, and competition authorities, to effectively protect the rights of citizens and companies”.

Ha! Newspapers in Spain want their cake and eat it too. They want Google to pay royalties and still invite them to the party.

For obvious reasons, they’re not.

Here’s a sampling of Spanish publications and how they’re doing: 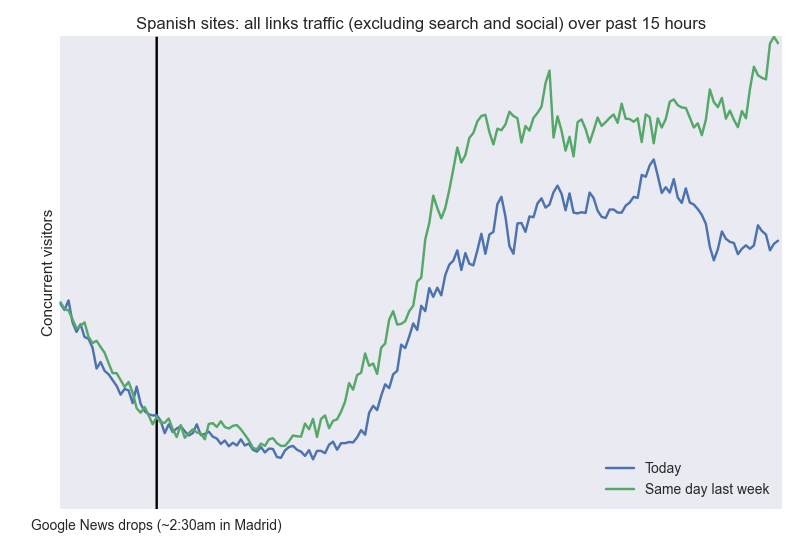 2 thoughts on “Spanish newspapers vs Google…guess who wins”

Chromebooks getting serious about the mass market

Windows' business model is changing, from monopoly to minority