Lizard Squad is pissing me off. First, because I couldn’t play Destiny or go on the PlayStation Network for several days because the hacker group launched DDoS attacks that brought it down. Second, because it appears at least one or them did it for money, and small money at that.

According to The Guardian, Lizard Squad launched Lizard Stresser, a service that can be used to take down any website or network for only $6, upwards to $500. The attacks on Sony and Microsoft were supposedly a “huge marketing scheme” for this DDoS service.

How…incredibly short sighted. $6?? A good coder can earn so much more doing something legitimate. The world is your oyster and the best thing you can do is charge peanuts to do evil?

The thought of every Dick and Jane spending just a few bucks to cause havoc over the smallest slight is disturbing.

END_OF_DOCUMENT_TOKEN_TO_BE_REPLACED

Microsoft is rumored to be working on a new browser for Windows 10. So new, it may not even be called Internet Explorer.

It will still use Trident, Microsoft’s web rendering engine, so it’s likely to be more about changing the user interface (to be more like Chrome) and brand than anything fundamental. However, the break is supposedly big enough that Microsoft will include both this new browser and the existing IE11 “just in case” for Windows 10.

The new browser’s primary feature is to be lightweight and fast loading; hence its code name “Spartan” within Microsoft. This is the browser designed for all devices: PCs, tablets, phones and maybe even smaller.

It will probably have native app support – similar to extensions – and I expect Microsoft to eventually port it to Android and iOS.

END_OF_DOCUMENT_TOKEN_TO_BE_REPLACED

The hype for Bitcoin was almost oppressive earlier this year. I took a look and concluded it was too early to be a mainstream opportunity: it’s not consumer friendly, not widely accepted and worse, too extreme in its volatility for most to stomach.

Yet, hundreds of millions poured into Bitcoin – from rose colored speculators to blue chip venture capitalists.

Bloomberg’s recent study is a fresh reminder that hype does not always translate into immediate payoffs. Bitcoin was actually the worst performing currency of 2014, having lost 56% of its value from last year.

END_OF_DOCUMENT_TOKEN_TO_BE_REPLACED

Here’s a hardware feature that doesn’t receive much publicity but which I’ve come to heavily appreciate: the Surface Pro’s AC adapter. The main reason is the USB slot on the adapter itself.

Whenever I travel, I don’t like carrying more than one plug converter and feel bad asking for more from the hotel — the USB slot on the power adapter solves that. The AC adapter charges the Surface and the USB slot simultaneously charges my smartphone, and it seems to charge just as quickly as it would normally.

Genius feature! If it gets shouted about enough, hopefully other manufacturers will follow.

One of the big smartphone trends this year is the “selfie” phone. HTC, Lumia, Sony, Huawei and many others all have at least one marketed that way.

I suspect that my initial reaction is like many of yours: scoffing dismissal. I’m now a convert however, and completely understand why this market might actually be large.

Sure, apps like Snapchat and Bolt encourage quick shots as ways of communicating, so the front facing camera is more valuable.

But it’s more than that, and it all comes down to this one tool: the selfie stick.

END_OF_DOCUMENT_TOKEN_TO_BE_REPLACED

I was asked to be a guest on a TV show (to air yesterday I believe) to talk about social media, and thought I’d share some of the Q&A and my notes.

Social media has become an indispensable part of many people’s lives. The one trend that piqued our interest this year is social activism or “clicktivism”. The most recent being the #ill-ride-with-you movement. It emerged as a show of solidarity with Muslims in Australia after the deadly Sydney hostage crisis. Some people had voiced fears of repercussions as the hostage taker was an Iranian asylum seeker. How effective really are these hashtag movements?

They help create awareness if the underlying cause is viral worthy, and certainly, better than the alternative where there were no hashtags to lead to easy discovery.

END_OF_DOCUMENT_TOKEN_TO_BE_REPLACED

Merry Christmas dear readers! You may have noticed that three stories got published in just a few minutes yesterday. My apologies.

As you might have guessed, I’ve started on my holiday — outside of weddings, my first and only holiday of 2014! — and Internet access has not been a given. The stories were written on planes and trains but I only had the chance to upload them yesterday. Hopefully, going forward I will have Internet access more often.

You might be asking why I’m even publishing at all given the holidays. I read an article somewhere — I want to say one of Malcolm Gladwell’s books, but I can’t be sure — it was about how, when trekking long and dangerous distances, the groups that did better were the ones that did it consistently.

END_OF_DOCUMENT_TOKEN_TO_BE_REPLACED

I once wrote how the future of driverless cars won’t be one in every home, but one replacing taxis and other car services. Imagine a future where these cars are optimally located around every corner; enough units to match demand, and easily deployable where mismatches occur.

Singapore is the first to take a step into that future in 2015, when they will pilot driverless cars on the road in one of its busiest neighborhoods.

Driverless taxis make a lot of sense for this densely packed city-state. Singapore has long discouraged its citizens to buy cars. A Toyota Corolla that costs $23 thousand in the US, for example, would cost a stunning $136 thousand in Singapore (source). Even then, cars are only allowed to be on the road for 10 years, after which they are scrapped unless you pay another exorbitant tax.

Singapore wants its citizens to use public transport as much as possible and keep congestion out of roads. This is a city-state where a mobile app used to easily hail taxis existed long before Uber became popular.

END_OF_DOCUMENT_TOKEN_TO_BE_REPLACED

Starbucks is not just in the business of coffee and real estate — they are moving into mobile payments and are Apple Pay’s real competitor.

Earlier this week, Starbucks dropped Square for mobile payment in its stores, unwinding the partnership the companies announced in 2012.

Square had made Square Wallet obsolete in favor of its newer Square Order, but Starbucks declined to support either. According to a spokesperson for Starbucks:

Starbucks is not adopting Square Order in our stores. We opted to build our own mobile ordering solution, leveraging our own mobile app and world-class loyalty program.

END_OF_DOCUMENT_TOKEN_TO_BE_REPLACED

I am a little confused by all the hubbub the The Interview movie has generated.

Did the North Korean government really do it? I have no doubt there’s a hacker unit in their intelligence agency — there’s probably one in every agency — but why would you target a movie or a Japanese entertainment studio of all things? I understand The Interview is offensive to North Koreans, but the movie isn’t even out yet so how would they even know just how bad it is.

If I was the head of that agency I’d target something more important. Something that would actually matter to national security and strategy. I wouldn’t expose my country to something as mundane as a movie, and a comedy at that.

I’m also a little confused with Sony. They pulled the movie because theaters didn’t want to show it? Everyone’s talking about this movie; it’s a goldmine with all the publicity it has generated. If I ran a movie theater I’d be falling all over myself to show it.

END_OF_DOCUMENT_TOKEN_TO_BE_REPLACED 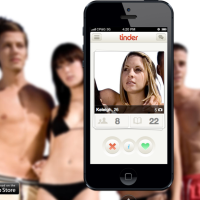 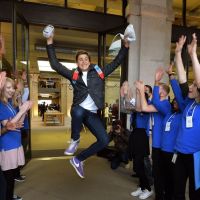 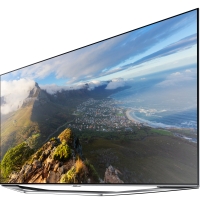 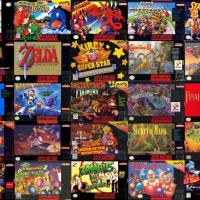 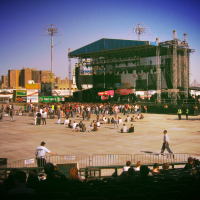 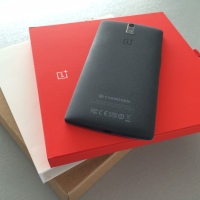