That Adobe and Google are working to bring Photoshop to the Chromebook as thin client computing is big news. It works just as how you might imagine: the Chromebook receives inputs and displays outputs; servers elsewhere do all the heavy lifting.

The cloud is going to be a big deal. Photoshop Streaming is one small step towards that future.

Ironically, image editing may not be the best app example to start with. It’s unlikely that pro users will find this solution good enough. Is that artifact inherent in the image or a flaw in the streaming? Is color reproduction faithful? Is the experience going to be fast and stable enough? I still find Google Docs unworkable for complex presentations and spreadsheets. 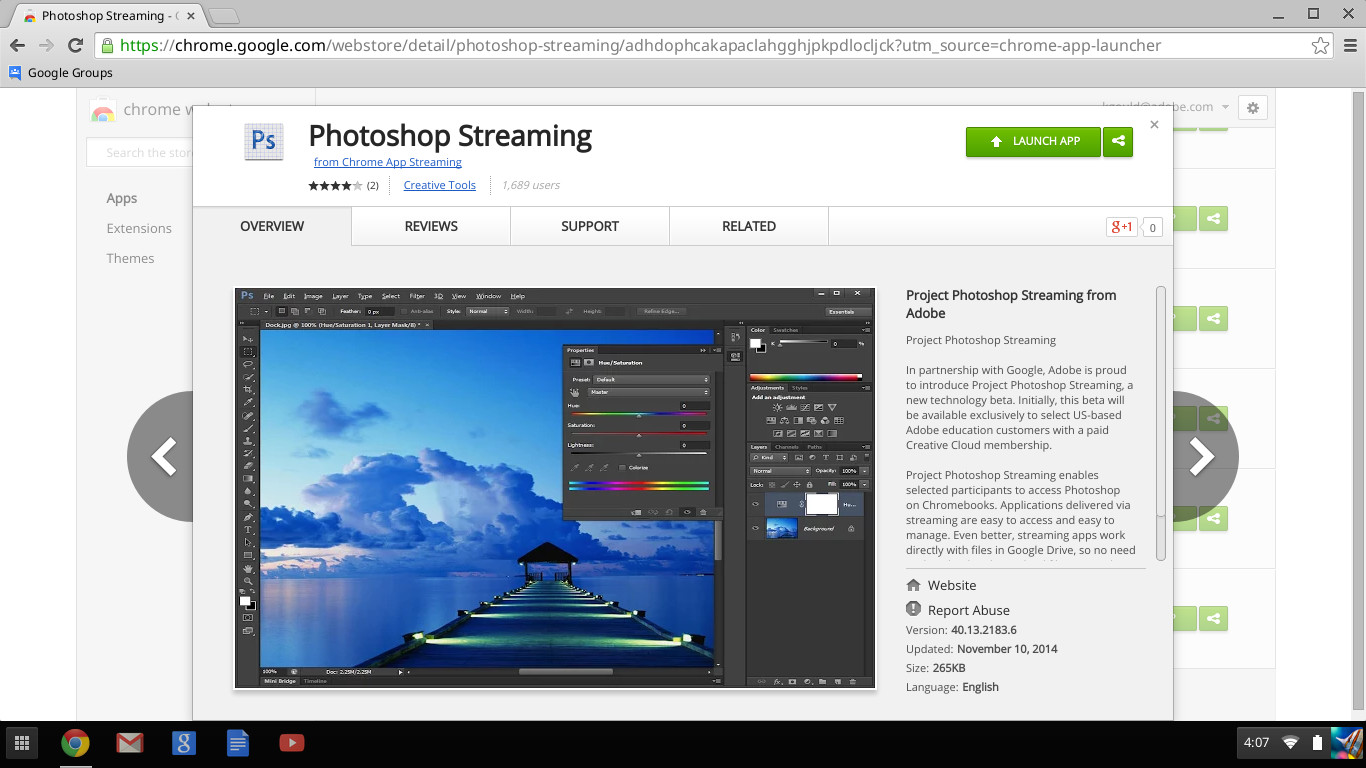 Photoshop Streaming is only in pilot for education users, so perhaps Google and Adobe are targeting light users where limitations don’t matter as much. However, in that case, simpler image editing apps like Fotor are more suitable. Perhaps Photoshop Streaming is simply meant to be an education tool to so students will buy the local version one day.

Google’s real incentive may be marketing. Photoshop is the most oft-cited reason for getting a Windows computer; with Photoshop Streaming, it’s one less obstacle for Chromebook adoption.

The potential is obvious. You won’t need powerful computers to do image editing — even for massive images — a $200 laptop and a good Internet connection will suffice.

Connectivity is still a big bottleneck in that a slow Internet connection is worse than say, the average computer’s local limitations. One day the reverse will be true: connections will be good enough that offloading calculations to servers will be faster than local processing.

When that day happens, adoption for cloud computing will accelerate. In fact, it’ll arrive sooner because on a performance per cost basis, cloud computing looks even better.

With Photoshop Streaming, consumers can save money with a cheap computer; of course, that assumes those savings are not offset by additional fees Adobe may charge.

Conceptually, in aggregate, there is massive efficiency with the cloud. Instead of many unconnected computers doing local processing — which is very inefficient — the cloud consolidates that processing power into specialized, networked computers.

The world is surely better off in the latter configuration; the question is how and when.

One thought on “One small step for Adobe, one giant leap for cloud?”

2-in-1s dominate Windows tablets, and what that implies