I’ve always liked these kinds of stories on other tech blogs — i.e., what gadgets nerds use on a daily basis — as it gave a “bottom line” that individual reviews of products on loan can’t give. So today I’m sharing what I use and carry, and why.

The Pebble is a great device. Its super solid in a way that Apple is known for; it does what it’s supposed to and it does it well. There are lots of interesting watch faces for it, the battery lasts for days, and it’s good for monitoring notifications and incoming calls. The main downsides are that it’s not particularly attractive or comfortable to wear. The screen has no color and is very low resolution.

I also recently got the Moto 360. A review will go up this Monday or the following Monday, depending on how the weekend goes.

I love this phone. It looks nice, feels good, performs superbly and is great value for money. The battery life is amazing. CyanogenMod’s endless customizations keeps the phone feeling fresh and different.

It’s beautiful 5.5-inch screen makes it my go-to consumption device. I’ve stopped using my iPad mini not because the OnePlus One is better for viewing content necessarily, but because it’s “good enough” and always on me. That’s the phablet’s trump card. The press is finally catching on, but it took the iPhone 6 Plus to get their attention.

The OnePlus One is an eye catching piece of kit. Most of my friends and even a few strangers have asked me about it. Check out my review here.

I usually carry two phones, one for regular use and another for traveling, but I’ve refrained from a second phone this time now that I have the Huawei mobile hotspot. Check out my review of that here.

I use the iPad mini for three purposes: FaceTime, eBooks and games. FaceTime gets the most usage by far. I have a long distance relationship and FaceTime on the iPad mini is peerless. It’s smoother and more reliable than other video chat software, including Skype. I only wish receiving calls is more consistent — sometimes my girlfriend would call and the iPad mini won’t ring. 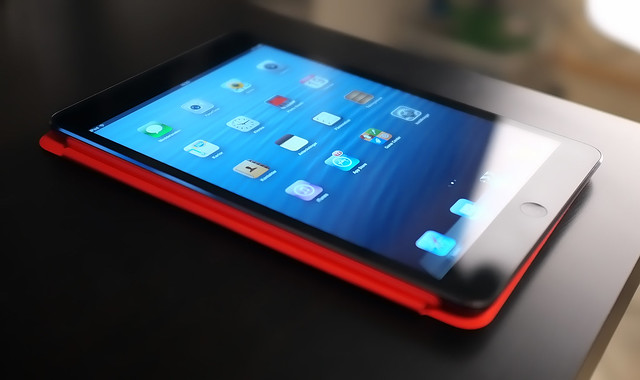 I hate the Apple’s official Smart Cover. I’ve gotten two of them and they both suffer the same problem: as a kickstand, they collapse at the slightest touch. It’s just awful. I don’t know why people aren’t complaining about it. These covers are expensive too at $40 a piece.

I use the iPad mini for eBooks and games less and less. I read eBooks on my OnePlus One when I’m out and about, and prefer to utilize the Surface Pro 3’s kickstand when I’m not.

Apple’s ecosystem still has the best games, but the problem again is I either play on my phone while out or fire up the Playstation 4 when I’m not.

There’s just no place for the mini tablet, which is why I think the category is destined for a niche existence.

I loved my Surface 2. It’s one of those rare devices that exceeded expectations, which admittedly was low to begin with for all the bashing Windows RT got. For those who want a budget travel device with Office — the full version, with all its keyboard shortcuts — the Surface 2 is peerless.

Other tablets I’ve owned: iPad 2, ExoPC. I’ve never owned an Android tablet, and probably won’t until full Office is available for it. The iPad 2 is another one of those game-changing devices. The ExoPC was just too early.

I’ve classified the Surface Pro 3 here because of its Windows 8 DNA. It just so happens to be in a svelte, thin and light package. Yet, it’s the pen that’s been a revelation: it has unleashed my creative side. I’ve got half a dozen ideas sketched up in OneNote. The use case is so strong, sometimes I wonder whether I’d have been better off getting a cheaper tablet with as good of a pen. But there’s a bunch of tech that supposedly makes the Surface Pro 3 superior.

The 3:2 display and 12-inch size is fantastic, but the Surface Pro 3 is a little too heavy (check out my full review here). The Surface 2 is more portable in a casual way — grab to go for the toilet, fling down on the sofa, throw into a bag — whereas with the Surface Pro 3, you’re more aware, more ginger in how you handle it. The extra 0.26 pounds makes its presence felt.

I had the original Surface Pro as well, but the short battery life and heavy, thick form factor doomed it.

I also tried a MacBook Pro but returned it after realizing all the Office keyboard shortcuts were different, and because my unfamiliarity with OS X meant doing anything took twice as long. Its sleek aluminum unibody was so, so sexy, but given my colleague’s MacBook Pros, maybe it’s good I didn’t keep it.

The list of the other laptops I’ve owned is long and uninteresting, and it’s unlikely I’d ever get another traditional one again. For devices this large, I expect good consumption capabilities as well, which means a hybrid device. Yes, I’m a believer in the convergence of large tablets and small laptops; they’re just too expensive with too much overlap for the average consumer to get both.

There’s also an HP tower PC at home. The HP is hooked up to my big screen TV and that’s how I watch movies and shows at home when I have the time.

Which is never, since this blog started!