TechCrunch reported earlier that the Apple Watch’s Edition — made of 18K solid gold — might cost up to $1,200. That sounds reasonable.

In fact, he thinks there’s a decent chance the Edition edition will retail for $10,000!

That’s just…frikkin crazy. Here’s why: 1) it doesn’t matter how much gold there is, people will view Apple Watch as a piece of electronics and not as haute horlogerie; 2) electronics depreciate fast; 3) it’s not even a good looking watch.

At $5,000 and especially at $10,000, the Apple Watch would be competing with the likes of IWC and Panerai. That ain’t Kansas no more, folks.

I’m the proud owner of two IWC watches and I didn’t buy just a watch, but the hundreds of years of watch making tradition that went before it. A piece of jewelry, where the time keeping mechanism itself is made from the finest craftsmanship.

Hipsters among you might be fist pumping right about now (yeah G Shock!!), which is great. There is a long history of electronic watches and some of them are awesome. I have a couple of G Shocks myself.

Ever heard of them competing with $10,000 mechanical watches though? No. Did they try? They certainly tested the market:

Gruber writes that it’s important for Apple Watch to be the best watch in the world to justify that price.

The Apple Watch only works for Apple if it is, in some sense, the best watch in the world. Not the best smartwatch. That’s not enough. The best watch, period. The best thing you can wear on your wrist.

That’s misguided thinking. The G Shock is undoubtedly a better watch than anything IWC or Panerai can make. It keeps time better, has better battery and can do more stuff. But it can’t compete because people buy watches for beauty, tradition and movement, and an electronics watch simply doesn’t belong. It doesn’t matter what it’s best-est at.

You just can’t slap gold onto something and expect the pumpkin to turn into Cinderella’s carriage.

Watches can be passed down from one generation to the next. My IWC today is still an IWC two generations from now. One day, I will pass my watches down to my children (lucky bastards), and they in turn will pass them down to their children. But I’m pretty sure those guys wouldn’t want their granddad’s Apple Watch.

Electronics depreciate fast. Do you want to use the original iPhone as your actual phone? No apps, ancient processor, outdated interface, EDGE connection and a lousy 3.5-inch display?

Technology improves with every generation, and the Apple Watch of 2016 will be a quantum leap better than the one in 2015. There are rumblings the Apple Watch’s battery may not even last one day; and that’s before it gets loaded with apps.

Can you imagine dropping $10,000 for a watch you’re not going to like using in a couple years? Madness.

These two watches might cost the same. Which is more attractive? 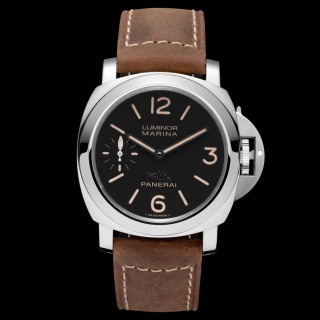 But c’mon. The Apple Watch may not be ugly per se, but it’s not beautiful either. What’s more boring than a rounded rectangle shape? I can’t see horologists looking back on the history of watches and singling this out as a milestone of physical beauty.

“It’s not what’s outside, it’s what’s inside” you might say. It’s the software powering the Apple Watch that’s meant to be beautiful. If you’ve been following my blog, you know what I think about that.

Here’s a collection of Apple Watch screens that Apple was proud enough to showcase on their website.

The images look random, like different people designed something on their own without adhering to any consistent layout and then threw everything together into one giant mess. The background is black and the font is boring; that’s about all these screens have in common.

Contrast that to Android Wear, which I actually do think is beautiful and cohesive.

The Apple Watch lacks the history and the looks to compete in the high end. It’s also based on technology, which means a few years from now it’ll be too awful to use. Charging $5,000 or $10,000 for it — even if housed in solid gold — is just crazy.

The only way it could maybe work is if Apple had an exchange program where you trade in the previous year’s Edition for the current year’s for a small fee. Per Gruber suggestion, Apple melts the watch and reuses the gold.

Even then, that’s a lot of work to keep up the pumpkin’s disguise.

The best iPhone 6 and iPhone 6 Plus reviews