I was getting worried, but it seems like smartwatches are taking off after all. Research company Canalys estimated 6 million smartwatches and fitness trackers were sold in the first half of 2014, or a 684% increase compared to the previous period.

This doesn’t even take into account Android Wear devices, which will start to get counted in next quarter’s report.

And the best is yet to come. The Moto 360 was widely considered superior to the two Android Wear watches already on the market. Motorola will launch the device next month after its event on September 4.

LG released a hype video teasing a circular Android Wear watch, and which Engadget speculates is its true flagship:

The G Watch R was in development alongside the original, so the square model was likely a proof of concept; something to satisfy the early adopters and work out bugs while the stylish version wrapped up development. In other words, the R is the marquee smartwatch LG’s really banking on, and the fact that it’ll be introduced just hours after the 360’s launch means that all of the momentum and hype Motorola has spent months building up may quickly vanish. Whether it was a stroke of luck or brilliant timing on LG’s part, it shows either way that the competition will be heating up next week.

LG will likely announce this watch in Berlin at the IFA conference.

Samsung, which sold the bulk of smartwatches this year so far, is rumored to be readying a Samsung Gear successor which will feature a longer, “curved, rectangular face” and “thin bezels, high brightness and color saturation.” SamMobile is also reporting that Samsung will unveil a round-faced watch at the upcoming IFA conference to compete with Motorola and LG.

ASUS too will throw their hat into the ring at IFA. See below for a hint of what that might look like: 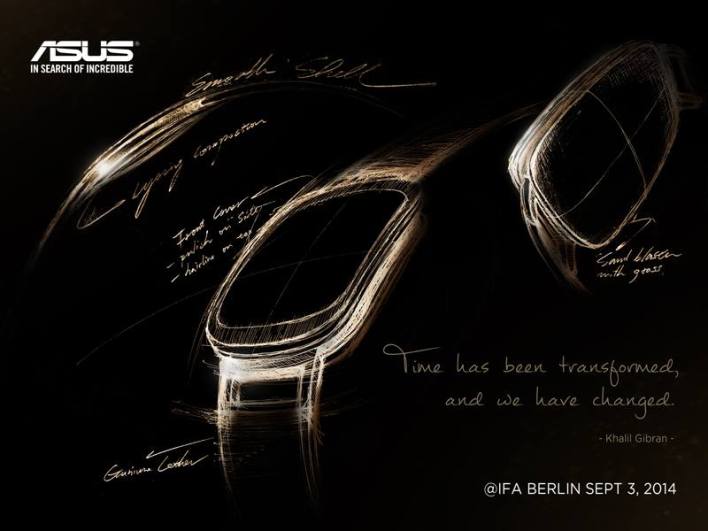 And of course, Apple is expected to announce their fashion-driven, wearable device in just a couple of weeks.

As quickly as wearable devices have grown, it’s still a drop in the bucket compared to smartphones, which shipped nearly 600 million devices over the last two quarters.

It’ll still be a while before smartwatches are as ubiquitous, but it may simply be a matter of time.

How is the spiritual successor to Flappy Bird doing?

Rejoice! Soon no one will care about a phone's battery life