A couple days ago, at the Code conference, Google unveiled its start-from-scratch take on the driverless car.

For many of us, a future of driverless cars will occur in our lifetime.  This charge won’t be led by traditional car manufacturers like Toyota.  Oh, they will be there eventually, but I predict it will be transportation services like Uber who will bring Google’s technology to the mainstream.

But first, the car itself.

It was clever of Google to consciously design the car to look friendly. Removing the wheel, rear view mirrors and the rest of it was a bold choice; but since this is more proof-of-concept there’s little risk. Capping speeds at 25 miles per hour (mph) relegates the cars to something niche, but as a starting point it’s smart as it encourages a perception for safety – i.e. how bad can an accident be when moving at 25 mph? And yet the market for such vehicles definitely exists. Think big company complexes; sprawling universities; airport terminals; small towns; etc. There’s enough demand for this niche to get going, and for Google to showcase the technology really does work.

It won’t be car manufacturers who will bring driverless cars to the masses.  A friend I spoke to working in the car industry tells me that driverless cars aren’t in any major manufacturer’s plans for the next 5-8 years. I’m not surprised. An accident involving a driverless car is inevitable, even if it’s at no fault to the car — but when that happens, it WILL generate widespread headlines. No car brand (or car executive) will risk that.  In this respect, they are followers, not innovators.

So if not traditional car manufacturers like Toyota, then who?

The key will be transportation services like Uber, who had already ordered 2,500 driverless cars from Google and committed $375 million of investment.  Can you imagine how much more efficient car services will be in this driverless future? It could make the taxi industry obsolete overnight. Driverless cars don’t need to sleep; they don’t mind parking in an obscure area all day waiting for customers; they don’t care if they work peak or off-peak hours; they won’t starve if they can’t generate enough business. For the first time, car companies will be able to dynamically plan where cars should be and match supply to demand more efficiently. 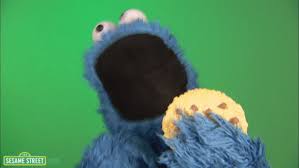 That is where the future of driverless cars will start. I’m excited by it, no matter what unforeseen consequences technology might bring about.
Update (July 1, 2014): Looks like our prediction is on track to come true!

2 thoughts on “The future of driverless cars is not Toyota, it’s Uber”